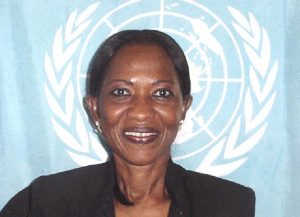 Dior Fall Sow is a highly distinguished Senegalese magistrate who is reputed for her contribution both domestically and internationally in the field of human rights (particularly women and children), peace & security and criminal justice.  Dior has received the highest order of recognition with her appointment as a Knight and Officer of National Order of Merit of Senegal.

As the first woman to ever be appointed Attorney General in Senegal in 1976 Dior is revered among Senegal’s women leaders.  She is also reputed for her steadfast commitment to integrity and ethics, a trademark which she has upheld throughout her entire career spanning roles such as National Director of Education Supervision and Social Protection, Director of Legal Affairs at Sonatel-Orange, Legal Advisor to International Criminal Court of Rwanda, Principal Attorney General for the Court of Appeals of the Criminal Court of Justice of Rwanda, Consultant for the International Criminal Court.

Dior is now retired from public office but remains very active both on the national and international level contributing her knowledge and experience through her ongoing participation in various conferences, panels and roundtable consultations as well as numerous studies and publications.

Founding member and Honorary President of the Association of Senegalese Female Lawyers (AJS). Member of the Alliance for Migration, Leadership and Development (AMLD), Member of the International Organisation for La Francophonie Network for the Equality of Men and Women.